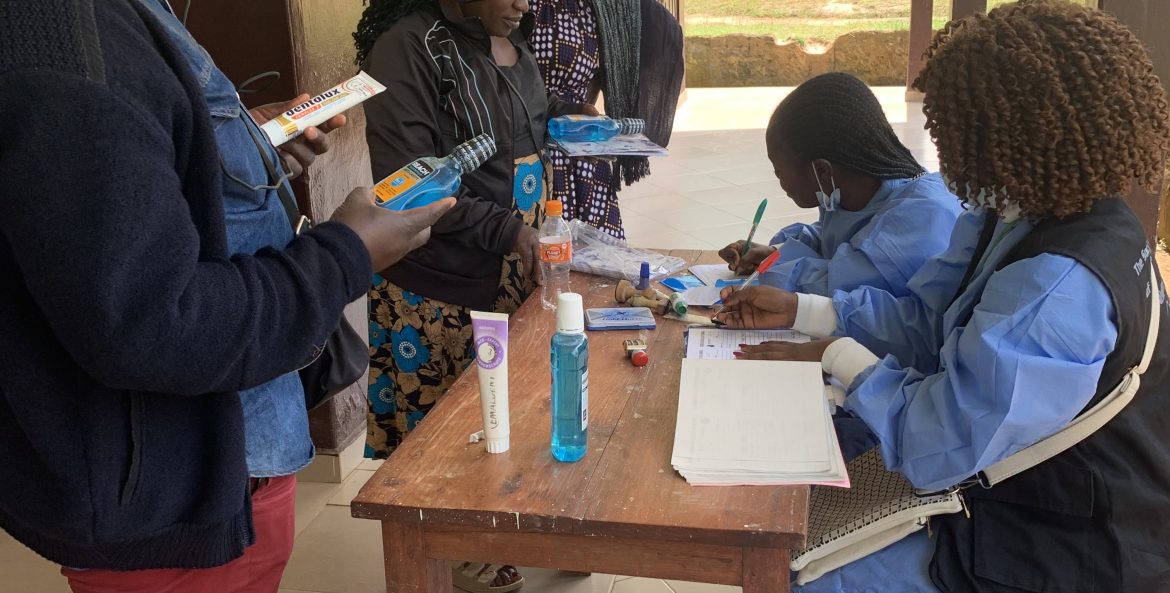 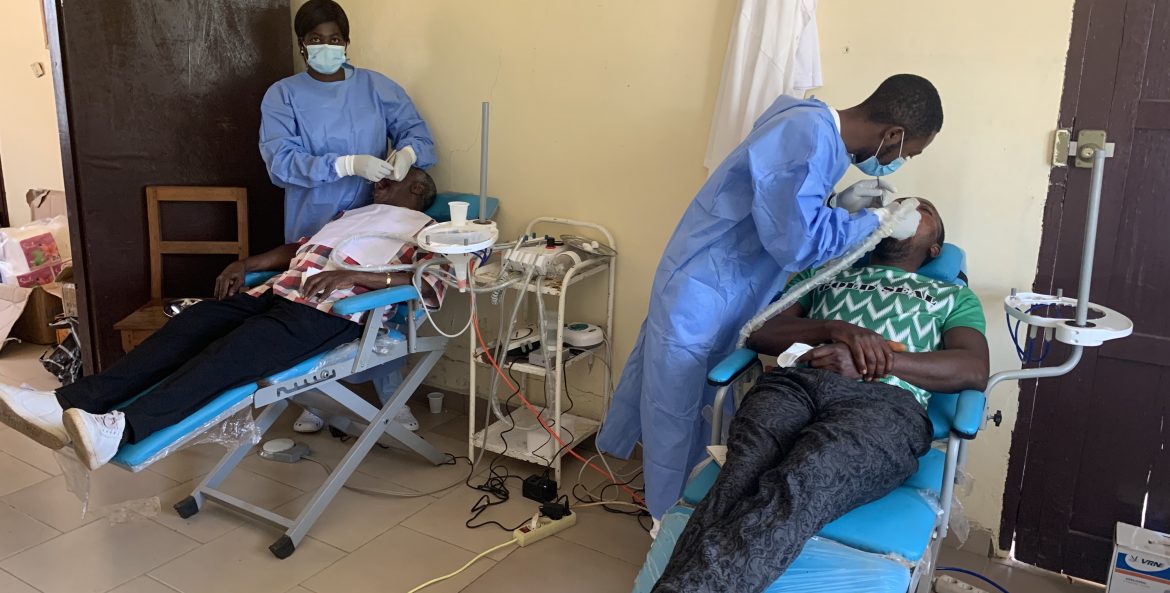 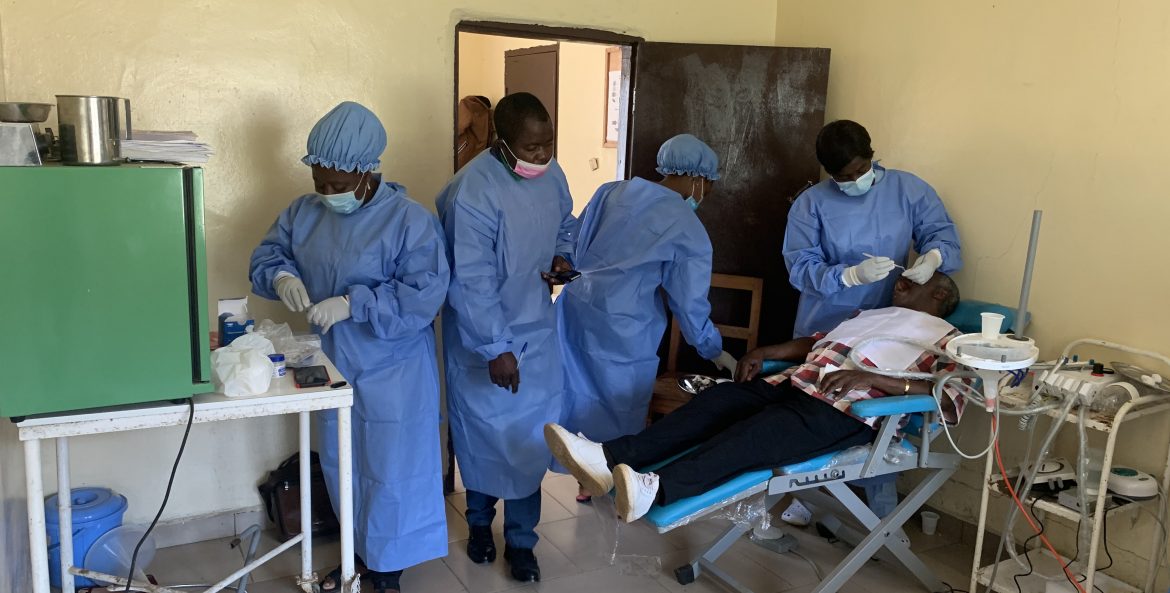 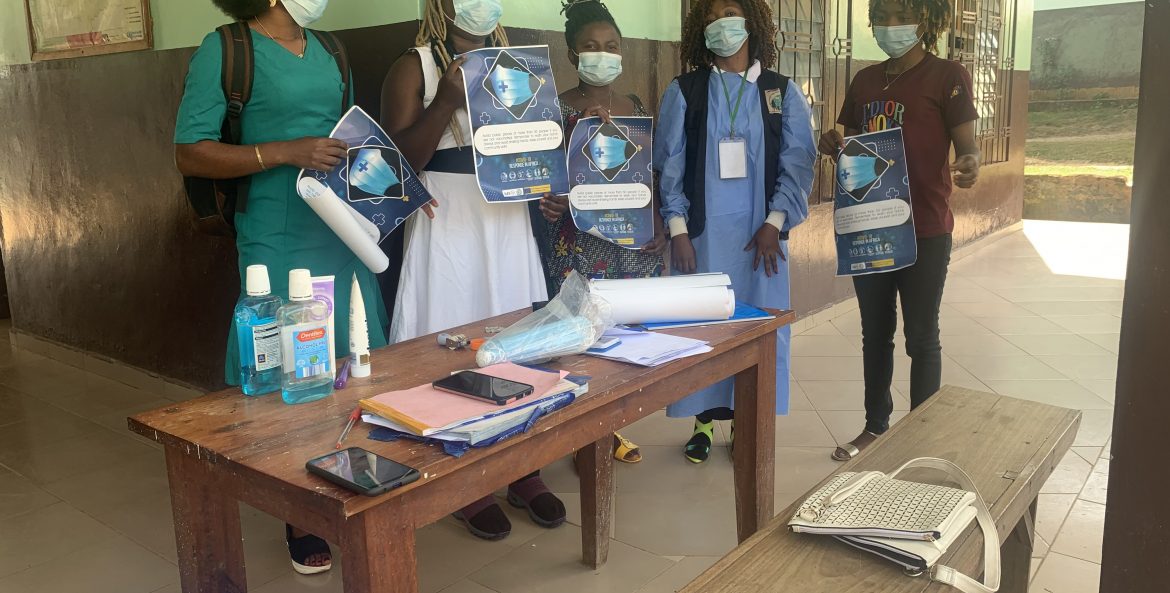 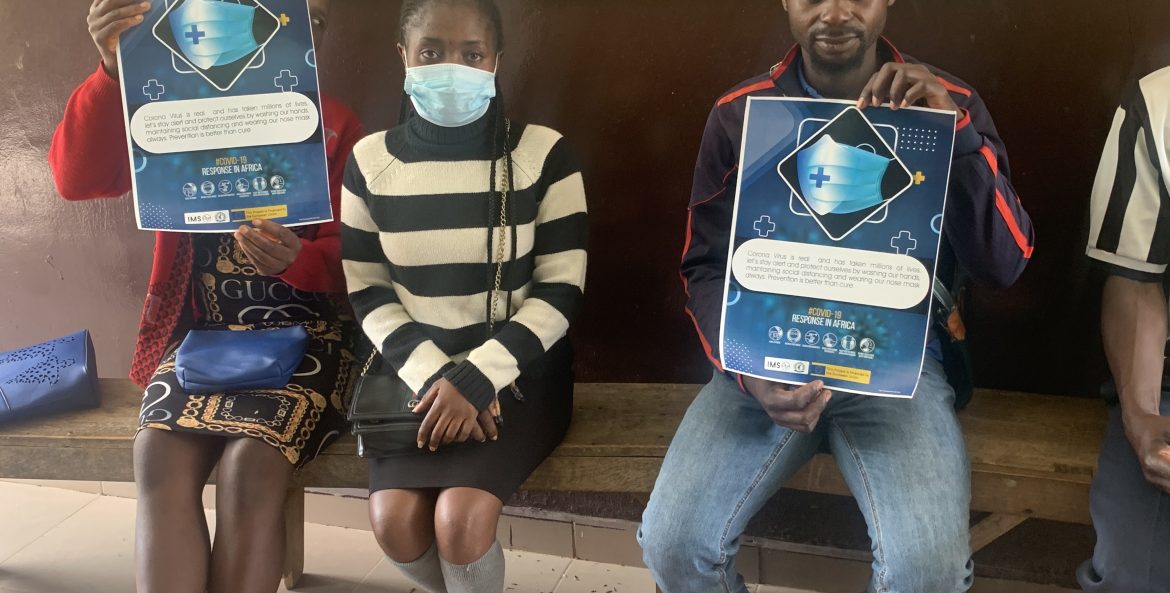 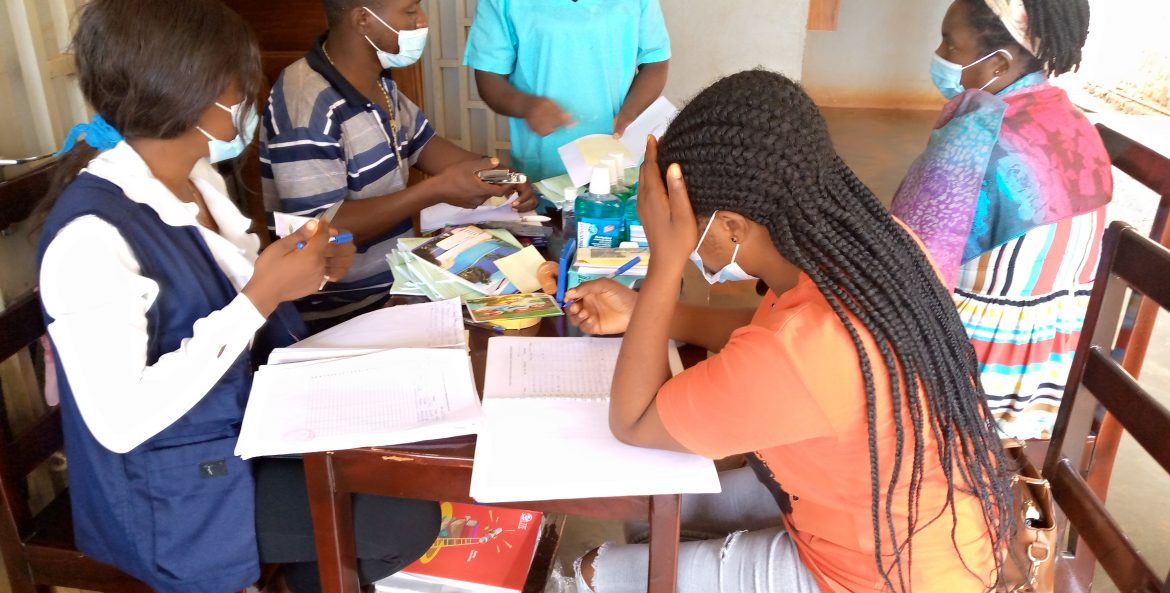 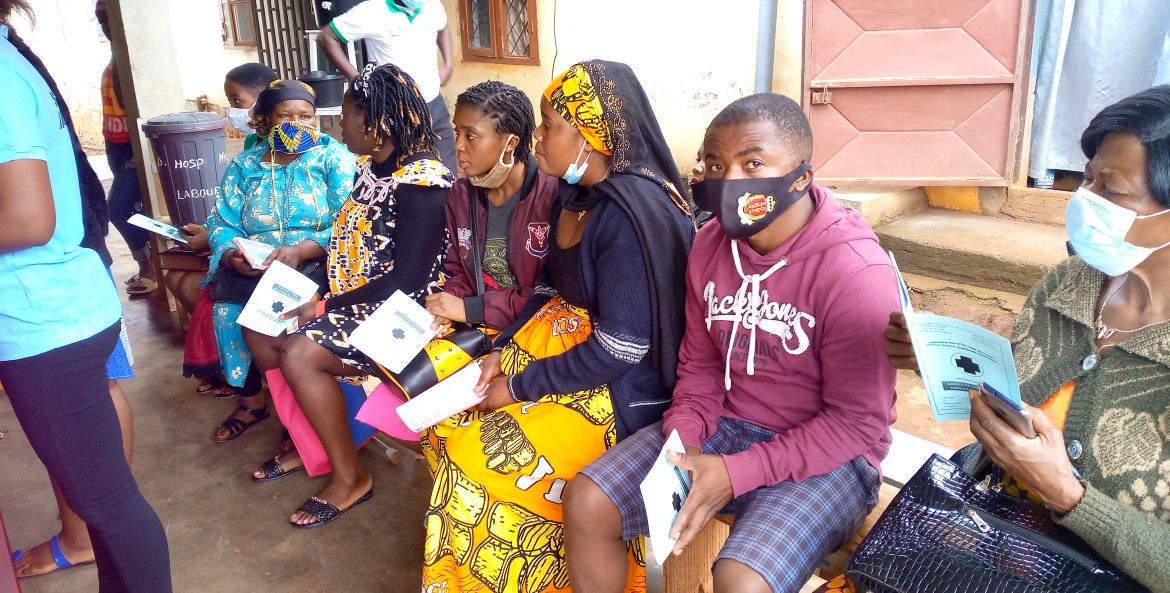 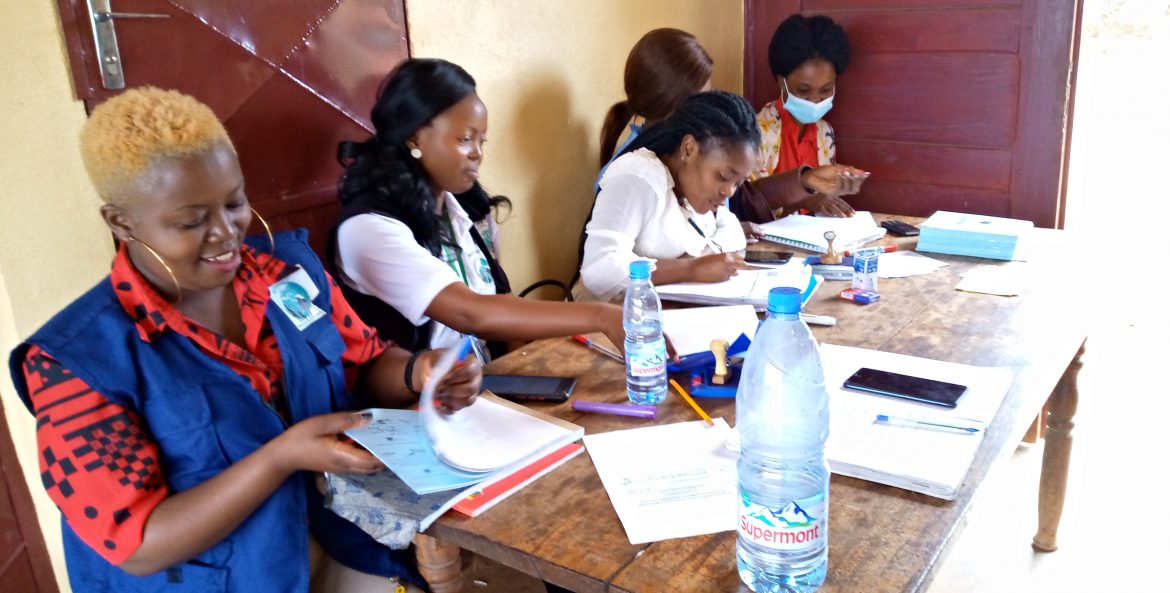 Seeing humanitarian activities as a means to empower the community and promote good health among the population, The Society for the Promotion of Initiatives in Sustainable Development and Welfare (SOPISDEW) on Sunday May 02, 2021 rounded up their first phase of the project; SOPISDEW Oral and dental health Campaign after two week of intensive treatment on dental problem at Nkwen District Hospital(PMI) and Mile 4 Health Centre. The campaign which witness a 70% discount in the treatment of dental issues was initiated and funded by the organization. The campaign saw a total number of 361 dental cases registered in both the two hospital.  Those who came for the treatment  benefited from services like free consultation, filling, extraction, general mouth clean up and counseling  which was carry out by the program manager and a team of dentist who have sacrifice from Yaoundé to see that  dental problems among the inhabitant of Bamenda is solved . On Sunday 04, the organization evaluate the project at their office at mile 2 Nkwen. The evaluation meeting which was held to round up the campaign discuss the strength, weaknesses, threats and opportunities encounter in the process of implementing the campaign and a way forward for the project.

The campaign witness a total number of 131 cases at Nkwen District Hospital with 54 male and 78 female while at Mile four health centre, 230 cases were registered with 148 female and 82 male. According to the head of the dentists, Dr, Silvanus, the team spirit promote by the dentists among themselves lead to the success of the project. He appreciated the team for their effort and also appreciate SOPISDEW staff and volunteers for their great work in sensitizing the campaign. He added that even with the challenges face in carry out the project, most of his expectation were made. According to Laah Quinta one of the volunteer who participated in the project, the realization of the project was successful and to her, this humanitarian activities has impacted the lives of those who benefited from it. The project has help her to improved her marketing skill and also, teach her lessons on how to use some dental tools. She thank SOPISDEW for organizing the project and conclude that because of her participation in implementing the project, she has learn a lot in project management. The team of volunteers was led by Mr. Tume Romanric who make sure that the tasks were divided among the volunteer. To him, the volunteer’s participation contributed greatly to the success of the campaign.

SOPISDEW is out to empower people abilities through carry out humanitarians activities that will help brighten the smile of those who have been affected by the ongoing Crisis in Cameroon. The initiative of this dental health project was brought up by the organization under one of their program; water, sanitation and Health (WASH) which is aims at supporting national priorities in the reduction of maternal, child and infant mortality and morbidity, the prevention of infectious and non-infectious diseases like HIV/AIDS, Cancer and Malaria, and the promotion of water and sanitation in rural communities.  The organization work closely with Community Primary Health Care Units, Public and Private Health institutions.  Our interventions are mainly focused on prevention activities (sensitization, mobilization, health education, and implementation of comprehensive behavior change communication programs), health promotion, and capacity building of community health agents and service providers.